The poem The Road Not Taken is remarkable for two reasons.

First, it’s incredibly popular. Audio recordings of The Road Not Taken on YouTube get as many views and likes as some music hits do. Its final lines are used in advertisements and movies. A video game with its title exists (1).

Second, the people who love and reference this masterpiece mostly get it wrong.

From the very beginning, this poem artfully pretends to be a fairytale: the images (a forest, a lonely traveler faced a dilemma) and the stylized language of The Road Not Taken are typical for a traditional story. The similarity is reinforced by the smooth narrative rhythm.

The unhurried alternation of long, perfectly-rhymed lines lulls us. Relaxed, we lazily catch the main twists of the narrative: “two roads diverged” – okay,  “I stood and looked down one”, then “took the other, (…) because it was grassy and wanted wear” – okay, “I took the one less traveled by, and that has made all the difference” – oh, here it is, the moral of the fairytale! Do not follow the crowd, choose your own path even if this path seems unsafe – what a great message for today!

Congratulations, we have fallen into the trap of superficial reading. Let’s thoughtfully reread the text.

How to Understand the True Meaning of the Poem?

Turn your attention to the second and the third stanzas. Initially, Frost’s hiker supposes that one road perhaps is slightly grassier than the other, yet already a second later he has a closer look at the fork and sees there is no substantial difference between the two roads – “the passing there had worn them really about the same”. After a while, he admits again:

(…) both that morning equally lay
In leaves no step had trodden black.

The explanation is simple. The walker realizes: when returning to the fork turns out to be impossible, he’ll doubt whether his fateful choice was right. The road not taken – an alternate version of his destiny – will beckon him (remember the title of the poem – it is the main key to the concept!).  To console himself, the traveler will have to compromise with his memory and retrospectively rationalize the decision had made. I am sure, you know how the psychological mechanism of rationalization works. So, in the last stanza, the speaker sarcastically comments on his own future behavior.

The Road Not Taken is not about freethinking or individualism; it is about the nature of choice. Every choice excludes all the others, and man cannot change this rule.

It’s worth pausing here to focus on an interesting thing. Though the author develops a rather tragic theme in The Road Not Taken, the poem doesn’t depress us; otherwise, it heartens us.

While demonstrating how the speaker is going through a difficult stretch of his life’s path, Frost unobtrusively makes some important references to the time and the place of action. 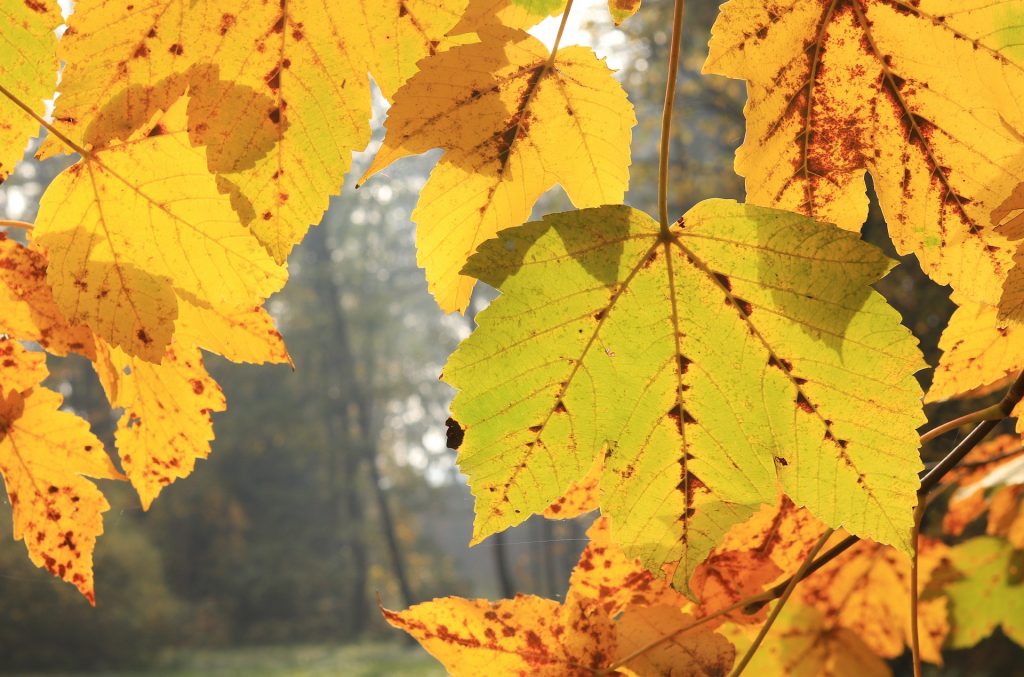 The first line informs us that “two roads diverged in a yellow wood”. The wood could be associated with dark depths of consciousness, if it weren’t that distinctive color. Leaves are yellow in September or October. On the one hand, this period evokes a sense of transience – summer gives way to winter; on the other hand, it is the most beautiful and joyous part of autumn. Against such a background, the speaker’s farewell to the road he hasn’t taken appears solemn.

The traveler mention he confronted the fork “in the morning”. Morning, again, reminds us of good things – awakening and youth, light and hope.

Difficult choice causes painful doubts; however, it also transforms life.  While we hesitate, nothing significant happens. As soon as we start moving, new paths unfold themselves to us – “way leads on to way”.

As literary critic Katherine Robinson says, analyzing the poem, “decisions are nobler than whims, and this reframing is comforting” (2).

Why Did Frost Write the Serious Piece in an Ironical Tone?

It was no secret to the author that there is a trap in The Road Not Taken. Talking about it to an audience, Robert Frost liked to warn, “You have to be careful of that one; it’s a tricky poem—very tricky”(3).

He did not intend to confuse thousands of trustful readers with the irony that permeates The Road Not Taken. Strictly speaking, he was writing this piece as a gently teasing joke addressed to one particular person – the poet Edward Thomas.

Frost and Thomas were neighbors in a Gloucestershire village (6), where Frost spent the years 1912 to 1915. The men often walked together and discussed literature. They became close friends (4).

When the two poets were walking, Thomas tended to be chronically indecisive about which path they should take; retrospectively, he regretted not having taken a better direction. After returning to the U.S., Robert Frost portrayed Thomas’s vacillations in the poem and sent it to his friend.

If you had misinterpreted The Road Not Taken, don’t be hard on yourself. Edward Thomas misinterpreted it on some level, too. He took the poem far more seriously and personally than Frost expected.

Robert Frost created The Road Not Taken in the historical moment when many men doubted if they should go to the war. In England, mature married men could avoid enlisting; Thomas was among them.

The writer Matthew Hollis highlights in his article for The Guardian (8):

“The Road Not Taken” (…) was the last and pivotal moment in a sequence of events that had brought him to an irreversible decision. He broke the news to Frost. “Last week I had screwed myself up to the point of believing I should come out to America & lecture if anyone wanted me to. But I have altered my mind. I am going to enlist on Wednesday if the doctor will pass me.”

The doctor passed him.

The talented poet Edward Thomas was killed in the Battle of Arras, France. But that’s another story…