Pieces of classical music tend to be relatively long. Even their separate parts often last up to fifteen minutes. Fine themes unfold gradually and enter into complicated relationships with each other.

Preludes by Frédéric Chopin from Op. 28, in contrast, are extremely short. The fourth prelude lasts about three minutes. Nevertheless, your acquaintance with it is capable of becoming one of the most important events of your life.

It happened about five years ago. My husband and I lived in a nice resort town by the beautiful Baltic sea.

My job was going well. My poetry book had been published. I had a lot of plans for the future… and no dreams.

Many people stop dreaming when they understand what adult life is really like.

Every day I walked to grocery located pretty far from home. There was only one way to the store. I was constantly looking at the same buildings. Eventually, I started to hate them. I felt like a tram moving along its tracks.

A new hobby – listening to classical music – helped me. On a Monday, I did my grocery shopping together with Johann Sebastian Bach. On a Tuesday, Ludwig van Beethoven accompanied me. Choices were plentiful.

…That day, I downloaded preludes by Chopin (op. 28) on my phone and played them as I set about peeling potatoes.

For the first three preludes, I thought, ”What pleasant music. I should definitely listen to it one more time. Stop, what shall we have for supper? A bottle of milk is opened so I’d better use it today.”

Then the fourth prelude began.

It wasn’t music. It was an alive creature, a very frail one, that desperately tried to do the impossible. Being extremely tired, the creature hardly could breathe. Suddenly, it got short of breath (1:19 – 1:25), almost dying… until it started struggling again.

I was peeling potatoes and crying.

Frédéric Chopin didn’t give any title to his Prelude 4, but it is famous as “Suffocation”. Pianist Hans Guido Freiherr von Bülow, a devotee of Chopin’s music, suggested this name.

I think the biography of the composer helped him to find such an apt word.

Already in his teens, Frédéric suffered from a serious disease. It was progressing. Nobody can say for sure what it was – tuberculosis, cystic fibrosis, or something else.

Chopin “was chronically breathless and easily exhausted; he often had to be carried off after playing the piano for any length of time” (1).

This physically weak man did the impossible day by day. 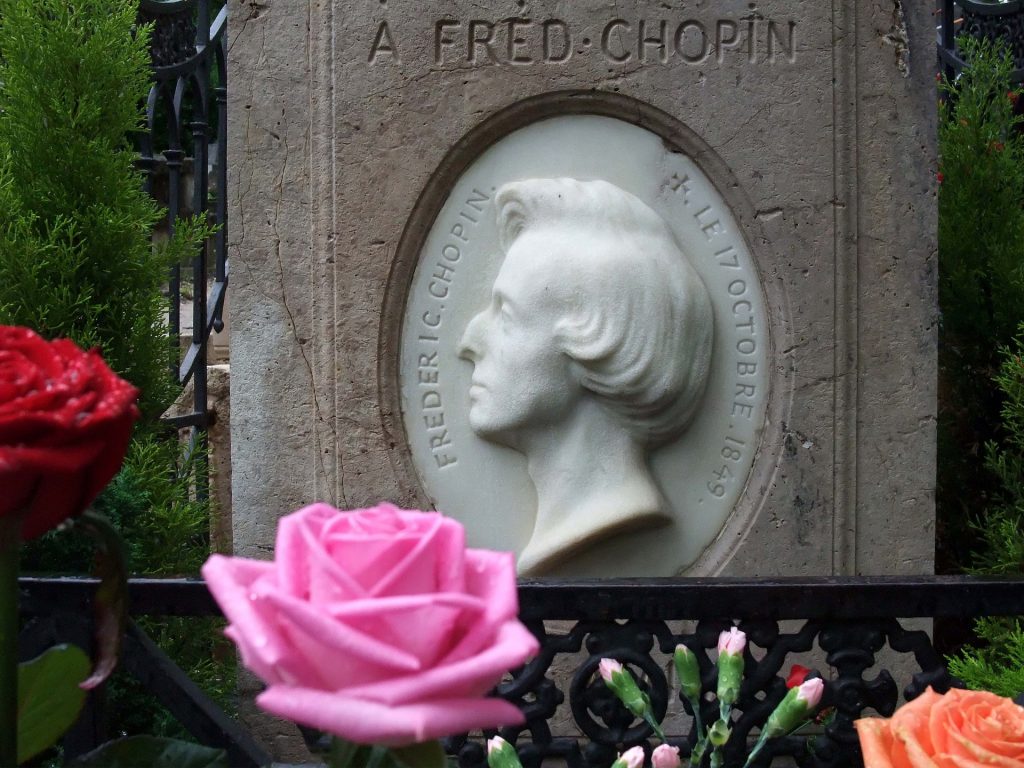 According to Gregg Whiteside, the producer and anchor of The Philadelphia Orchestra In Concert broadcasts,

Aside from revolutionizing the piano itself, enlarging its scope, the genres it lent itself to, and its breadth of color, Chopin essentially invented the scherzo and instrumental ballade as virtuoso piano movements, and reinvented the etude as a musically engaging genre, rather than a mere exercise (3).

Frédéric Chopin probably knew that he would not live to old age. His disease killed him when he was only 38.

By the composer’s request, “The Prelude 4 in E minor” along with great Mozart’s “Requiem” were played at his funeral.

The Funeral March Turning into a Dance: the 3rd Movement of Mahler’s 1st Symphony

Strange Old Fellow, Should I Go with You? – “The Hurdy-Gurdy Man” by Franz Schubert

The Magic of Beethoven’s Allegretto