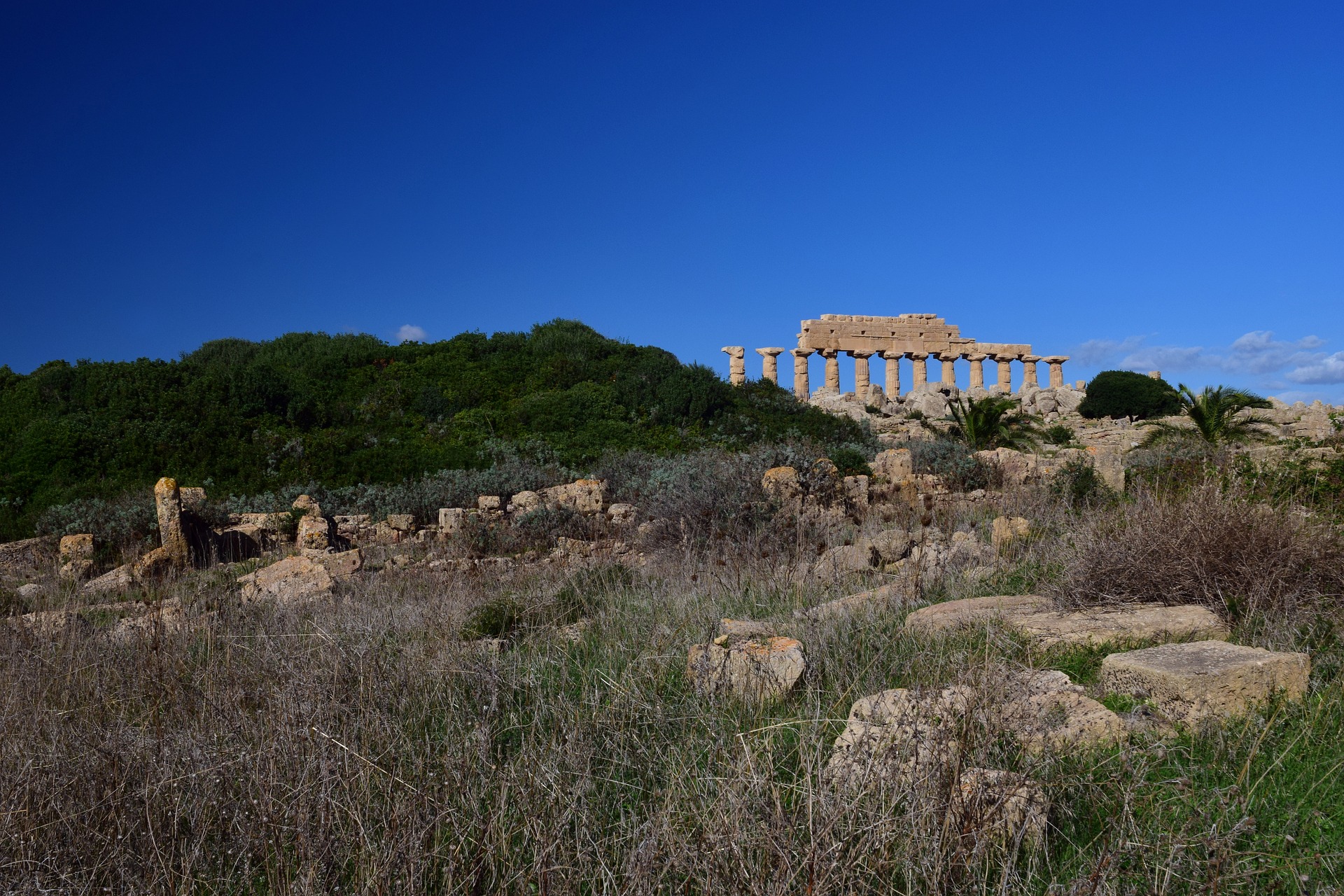 I Remain Forever: the Seikilos Epitaph

If you have been to an old cemetery, you have seen how cruel time is. Even the headstones which were placed a hundred years ago often seem half-destroyed: sad angels without heads sit on the cracked steles, names of the buried so blurred that a random passerby can hardly descry them. Somebody loved these people and grieved after they died…

Deathless remembrance – is it at all possible? Yes, it is.

The first heroine of our story is Mrs. Purser. We know only two things about her: 1) she lived in the 19th century and 2) she has a nice pedestal for flowerpots – a marble column decorated with inscriptions. The column was a gift from her husband. Mr. Purser, a chief engineer, found it during the building of the railway between Samoa and Aydin (this is the territory of Turkey now, but in the past, ancient Greek civilization had expanded there).

One day, archaeologist Sir William Mitchell Ramsay took a lively interest in the woman’s garden accessory. He understood it was an ancient grave pillar and described it; the description was later published.

There is another version of the plot: first, Sir Ramsey discovered the stele on a railroad construction site in the Aydin area, yet his find for some reason came into the possession of Mr. Purser. Flowerpots stood on the artifact for a while, its base was sawn off straight so that it couldn’t fall.

The stele had been passing from hand to hand until the Department of Antiquities of the National Museum of Denmark acquired it. The venerable tombstone is still displayed at the museum today.

The inscriptions on its marble turned out to be the oldest surviving complete piece of music in the world – an epitaph with musical notation. The stele is dated between the 2nd century B.C. and the 1st century A.D.

Experts were able to decipher both the words and the note symbols.

According to the last lines of the text, the epitaph was composed by Seikilos in honor of  Euterpe. Some music historians call her the grieving man’s wife; however, she could be his mother or daughter, as there is no specific information about the character of kinship between them.

It’s interesting that Euterpe was also the name of the Greek muses, presiding over music and, in late Classical times, elegiac poetry. Didn’t the muse make sure the piece dedicated to her namesake was preserved? Time has a good sense of humor…

The epitaph consists of two poems, but only the second is set to music. The first poem is a preamble. Here it is (of course, translated into English and, like any translation, missing some of the original meaning):

The song itself follows. What I admire most is that Seikilos isn’t wailing. The deceased is still alive for him; he wants Euterpe to be happy:

As long as you live, shine,

let nothing grieve you beyond measure,

for life is brief

and Chronos demands his toll.

On the Internet, there are at least five translations of the Seikilos Epitaph, including a rhyming variant. The latter is used in the video I share below.

You may logically ask whether the notation system was already known in the time when Seikilos lived. It existed, indeed, but not in the form we are accustomed to.

Writing down their songs, ancient composers made special marks like dots and lines above text syllables. Look at the Epitaph of Seikilos with notes:

Those who perform it today needn’t rack their brains to decode the Greek symbols.

Now, the piece of music is also available in modern notation:

Scholars managed to recreate the melody and rhythm of the epitaph accurately enough. In regard to tempo and dynamics, we only can guess what they should be.

Musicians solve the riddle of this piece with pleasure. Numerous interesting interpretations of the Seikilos epitaph have been recorded, and not necessarily for lute. The oldest musical composition has already been arranged for guitar, saxophone, bongo drums, banjo, and organ.

Despite being about 2000 years old, the song that Seikilos created in memory of Euterpe sounds familiar. People are born and die; beautiful music lives.